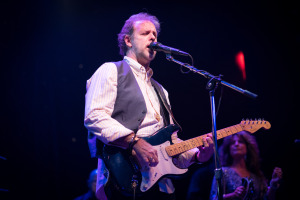 Although deeply influenced by the guitarists of the late 60’s and early 70’s, Al’s musical muse must certainly be Clapton. One would have the right to expect the face of an Eric Clapton tribute band to sound a bit like the celebrated musician, however, Al has mastered Clapton’s vocabulary completely. His vocals and guitar solos are highly evocative of Clapton’s own styling: deeply emotional and yet highly technical. 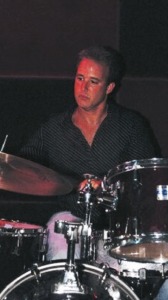 Lou patterns his styling after the celebrated drummers of jazz. However, since co-founding the Bell Bottom Blues, Lou’s greatest pleasure is in emulating the styles of Clapton’s own amazing drummers: Ginger Baker (Cream, Blind Faith), Jim Gordon (Derek & the Dominos) and most recently Steve Gadd. Keeping the drumming true to these great musicians has not only been tremendously satisfying to Lou, but its own reward. 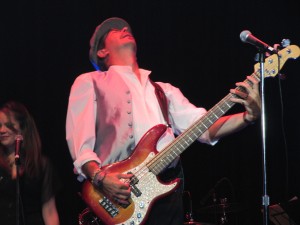 Jon “Huey” Tatlow has been playing music since age 7, and was one of the first electric bass players in New Jersey to play in a marching band. His musical styles are always evolving through his playing and recording, but the British Invasion and blues of the late ’60’s was always close to his heart. His passion and joy for performing live is always evident.

Evolving from a variety of styles, John has always remained true to his love of the blues. His distinctive backing, lead, and slide guitar work completes the sound that is the Bell Bottom Blues. John is deeply influenced by the three Yardbirds guitarists Clapton, Page, and Beck. His ability to weave these stylings into his guitar work is in large part why the Bell Bottom Blues are so remarkable. 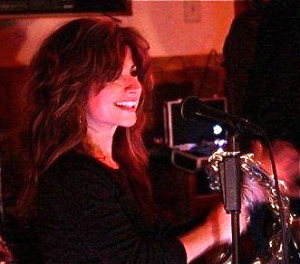 Singing has been Maria’s passion and profession since she fronted her first band as a teenager. Through years of musical involvement, she has developed a diverse repertoire of performance styles and lent her vocal talent to a collection of both original and cover bands. With experience performing the rock classics of Grace Slick and Stevie Nicks, power ballads of Whitney Houston, the pop-rock anthems of P!nk, and everything in between, Maria is excited to be supporting “Clapton” in the Bell Bottom Blues. 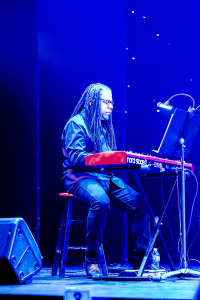 Kendall was raised on a steady diet of the classical and jazz masters from an early age. By junior high school his spectrum had broadened into anything he could get his hands on: from rock, funk and fusion to progressive, Avant garde and world music. He received much his training at the Berklee College of Music in Boston before spending many years in both the Washington D.C. and New York music scenes. Now back on the Shore, Kendall is enjoying digging deep into the Clapton catalogue with The Bell Bottom Blues.